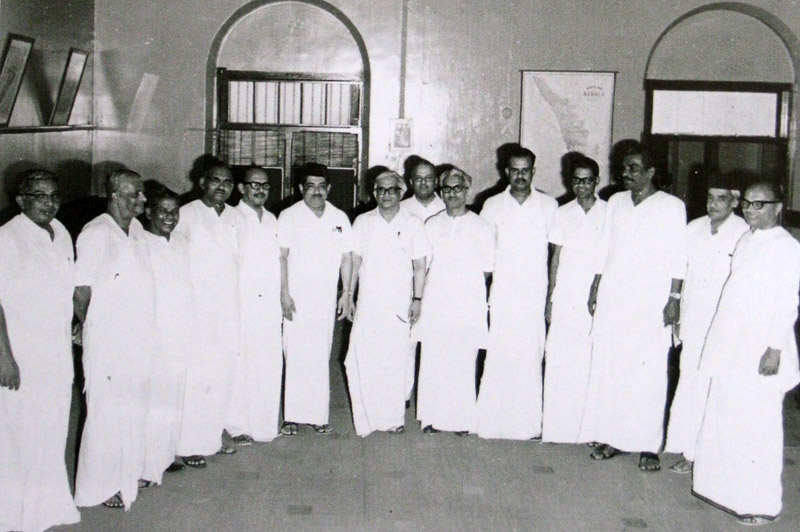 The Communist Party of India has officially started that it was formed on 26 December 1925 at the first Party Conference in Kanpur, then Cawnpore. S.V. Ghate was the first General Secretary of CPI. But as per the version of CPI (M), the Communist Party of India was founded in Tashkent, Turkestan Autonomous Soviet Socialist Republic on 17 October 1920, soon after the Second Congress of the Communist International. The founding members of the party were M.N. Roy, Evelyn Trent Roy (Roy's wife), Abani Mukherji, Rosa Fitingof (Abani's wife), Mohammad Ali (Ahmed Hasan), Mohammad Shafiq Siddiqui, Hasrat Mohani, Rafiq Ahmed of Bhopal, M.P.T. Acharya, and Sultan Ahmed Khan Tarin of North-West Frontier Province.The CPI says that there were many communist groups formed by Indians with the help of foreigners in different parts of the world and the Tashkent group was only one of. contacts with Anushilan and Jugantar groups in Bengal. Small communist groups were formed in Bengal (led by Muzaffar Ahmed), Bombay (led by S.A. Dange), Madras (led by Singaravelu Chettiar), United Provinces (led by Shaukat Usmani) and Punjab and Sindh (led by Ghulam Hussain). However, only Usmani became a CPI party member. 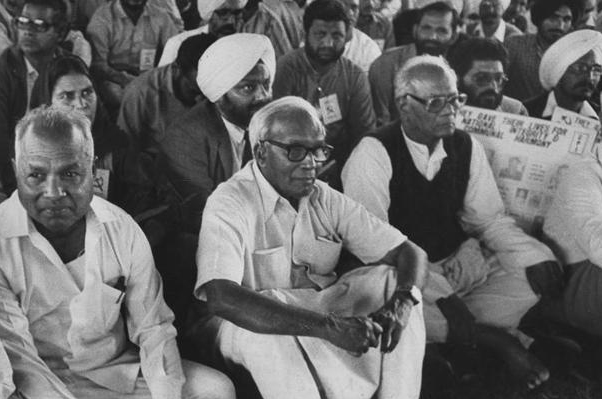 During the 1920s and the early 1930s the party was badly organised, and in practice there were several communist groups working with limited national co-ordination. The British colonial authorities had banned all communist activity, which made the task of building a united party very difficult. Between 1921 and 1924 there were three conspiracy trials against the communist movement; First Peshawar Conspiracy Case, Meerut Conspiracy Case and the Kanpur Bolshevik Conspiracy Case. In the first three cases, Russian-trained muhajir communists were put on trial. However, the Cawnpore trial had more political impact. On 17 March 1924, Shripad Amrit Dange, M.N. Roy, Muzaffar Ahmed, Nalini Gupta, Shaukat Usmani, Singaravelu Chettiar, Ghulam Hussain and R.C. Sharma were charged, in Cawnpore (now spelt Kanpur) Bolshevik Conspiracy case. The specific pip charge was that they as communists were seeking "to deprive the King Emperor of his sovereignty of British India, by complete separation of India from imperialistic Britain by a violent revolution." Pages of newspapers daily splashed sensational communist plans and people for the first time learned, on such a large scale, about communism and its doctrines and the aims of the Communist International in India.

Singaravelu Chettiar was released on account of illness. M.N. Roy was in Germany and R.C. Sharma in French Pondichéry, and therefore could not be arrested. Ghulam Hussain confessed that he had received money from the Russians in Kabul and was pardoned. Muzaffar Ahmed, Nalini Gupta, Shaukat Usmani and Dange were sentenced for various terms of imprisonment. This case was responsible for actively introducing communism to a larger Indian audience.Dange was released from prison in 1927. Rahul Dev Pal was a prominent communist leader On 25 December 1925 a communist conference was organised in Kanpur.Colonial authorities estimated that 500 persons took part in the conference 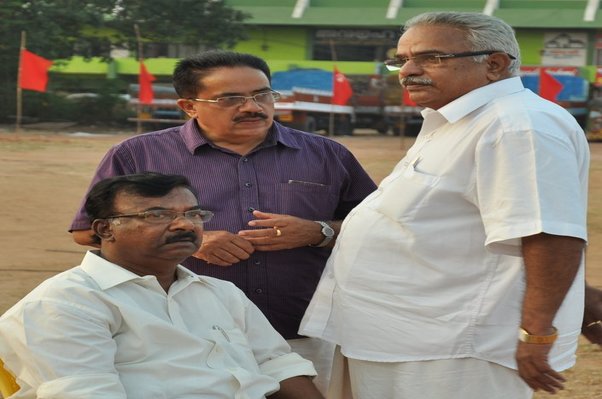 During the period around and directly following Independence in 1947, the internal situation in the party was chaotic. The party shifted rapidly between left-wing and right-wing positions. In February 1948, at the 2nd Party Congress in Calcutta, B. T. Ranadive (BTR) was elected General Secretary of the party. The conference adopted the 'Programme of Democratic Revolution'. This programme included the first mention of struggle against caste injustice in a CPI document.

In several areas the party led armed struggles against a series of local monarchs that were reluctant to give up their power. Such insurgencies took place in Tripura, Telangana and Kerala.The most important rebellion took place in Telangana, against the Nizam of Hyderabad. The Communists built up a people's army and militia and controlled an area with a population of three million. The rebellion was brutally crushed and the party abandoned the policy of armed struggle. BTR was deposed and denounced as a 'left adventurist'.

In Manipur, the party became a force to reckon with through the agrarian struggles led by Jananeta Irawat Singh. Singh had joined CPI in 1946. At the 1951 congress of the party, 'People's Democracy' was substituted by 'National Democracy' as the main slogan of the party.